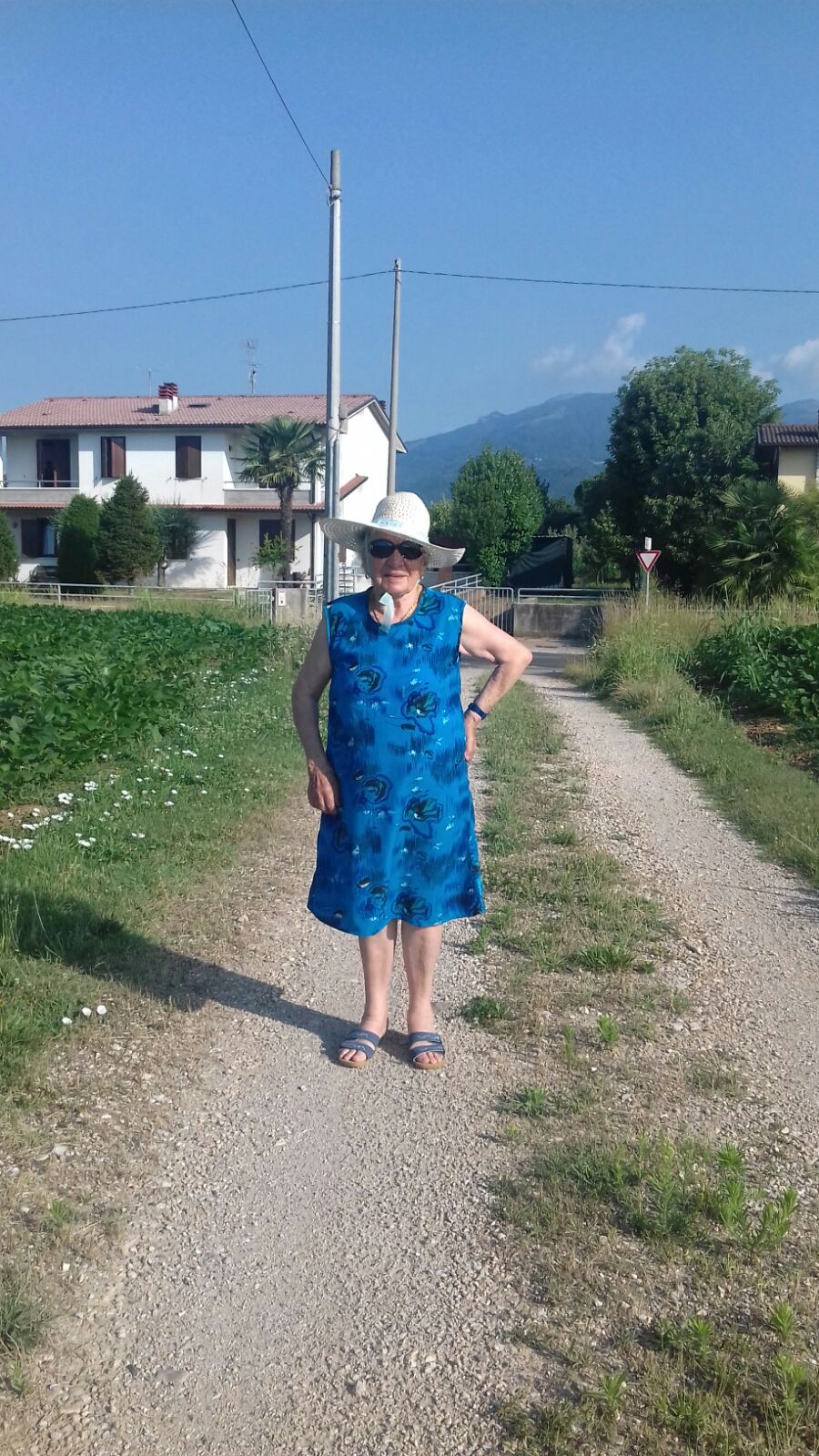 Nonna Lia is my maternal grandmother.

A woman of the earth, energetic, accustomed to heavy work, attuned to the rhythm of the seasons, to the fatigue of a humble life where one has to make do with what one has. But with a big heart, generous, ready to give so much to others, as only those who have known scarcity can really do.

As a child she had a way with words and had won a trip to Rome as a prize for a well-written story.

She was in second grade.

The war broke out, and the trip to Rome and school were suspended.

There remained a great storyteller, a fervid imagination, who invented thousands of lively and outlandish and sometimes terrifying stories for us, effective tools to dampen our cravings to “fight”, make us forget the pain of a fall or to make us remain terrified and motionless under the covers even if we were too big to take a nap after lunch.

She wrote everything down about her daily life, which we are still finding notes on the back, on the edges, among the saints of the days of her calendar, which she used more than anything else to understand if it is the right moon to sow, cut, harvest, collect or prepare and preserve.

When it was time to prepare “The ointment” she told us, every year, the story of how she had managed to unveil the ingredients of the recipe, so jealously guarded in the village only by an old woman who did not want to tell anyone.

Nonna Lia, worried that this recipe would be lost with the disappearance of her now elderly custodian, carrying a cake made with his hands as a gift, he waited for this woman outside the church doors every Sunday for Lent.

“You can not really tell me a lie after doing Communion”, he told us. And so, an ingredient every Sunday, the mystery of the best-kept secret was finally revealed.

Nonna Lia has then transcribed it in her recipe book left to her nieces: between the “baccalà” and “the syrup of turnips” to soothe a cough there is “the ointment” for the burns.

The recipe, originally not much more than a list of plants and herbs, was then revised, and revised again and further enriched in light of broader herbal knowledge.

In this way the mixture is more concentrated and the 5 plants work in synergy with each other along with a base of extra virgin olive oil and organic virgin beeswax.

Thanks Nonna Lia for having “saved” this precious recipe.


Come to visit us